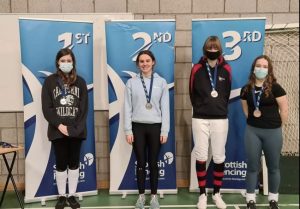 Following her victory in the under-13 Scottish national championships on Saturday 15th January, Eilidh Paterson stepped up to the under-17 age-group the following day… and won! Again!